See updated low-fat version and tips at end of post!

When I first began hearing about quinoa, pronounced keen-wah, I became very interested because of it’s nutritional value. It’s commonly referred to as a grain but is actually a relative of leafy green vegetables like spinach and Swiss chard. Here’s the kicker, it has all 9 amino acids, most vegetables/grains do not have all nine. Without going into a total dissertation on nutrition, plant based foods are not complete proteins. Having all nine amino acids is highly important to vegetarians and vegans concerned about adequate protein intake. Additionally, quinoa is rich in lysine (essential for tissue growth and repair), and magnesium (good for people with migraines), folate, and phosphorus, and riboflavin. It’s also high in fiber. It’s easy to see why it’s commonly referred to as the World’s Healthiest Food.
Before trying quinoa, I was highly sceptical. We all know that most foods that are super good for us taste terrible! To my surprise, it’s actually very good! It’s fluffy, nutty, and slightly crunchy, like undercooked pasta or grits, but in a good way. Like pasta, it takes on the flavor of whatever you put with it.
Now, putting a rich cheese sauce is NOT the most healthy way to eat this super food. However, if you’re interested, it’s a good introduction into the world of quinoa!

I tried a different variety of quinoa last night. I did not read the package first. Mistake. Big mistake. Make sure when you purchase quinoa that you don’t have to rinse the it before cooking. (Unless, of course, you DO want to rinse it, but trust me on this. YOU DO NOT WANT TO HAVE TO RINSE IT!!) There’s just not good, efficient and un-messy way to rinse quinoa! I currently have it all over the kitchen – floor, counter tops and cabinets and it gets sticky once wet. NOT FUN!

Low fat, low calorie cheesy alternative: Instead of making the Bechamel Cheese Sauce in the original recipe, try mixing it with The Laughing Cow Cheese Wedges. It’s a great low-fat and lower calorie alternative. Mix in one at a time until the desired cheesiness is achieved. I used the Creamy Swiss flavor. 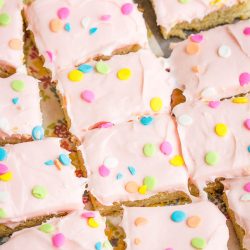 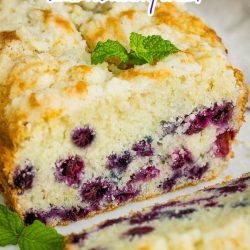 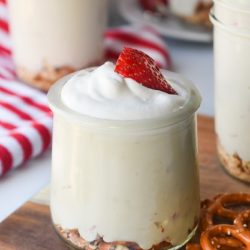 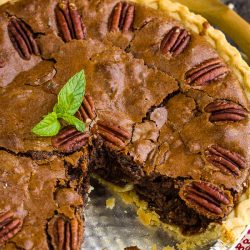