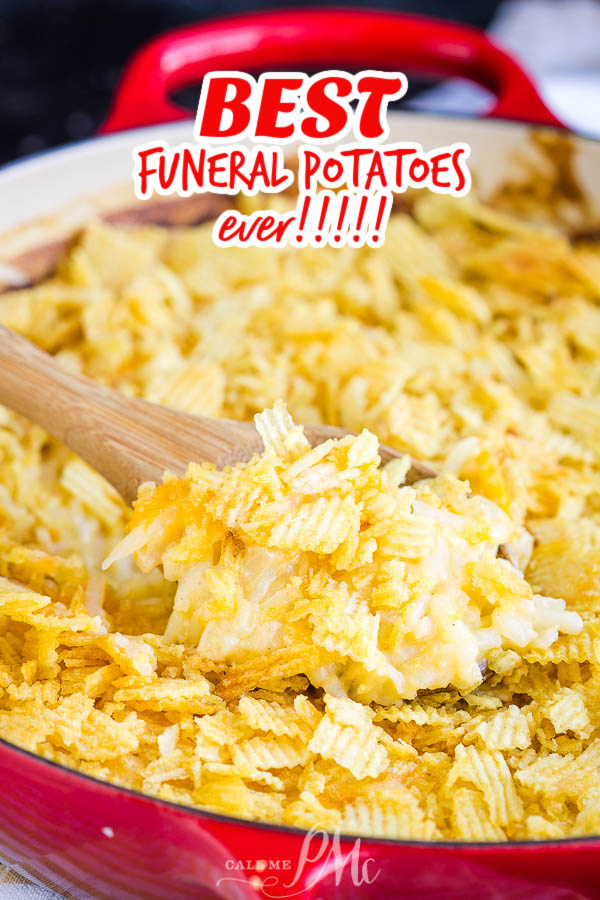 WHAT ARE FUNERAL POTATOES?

It’s a potato casserole recipe made with hashbrown potatoes, cheese, creamed soup (usually), and topped most commonly with cornflakes (I used potato chips). 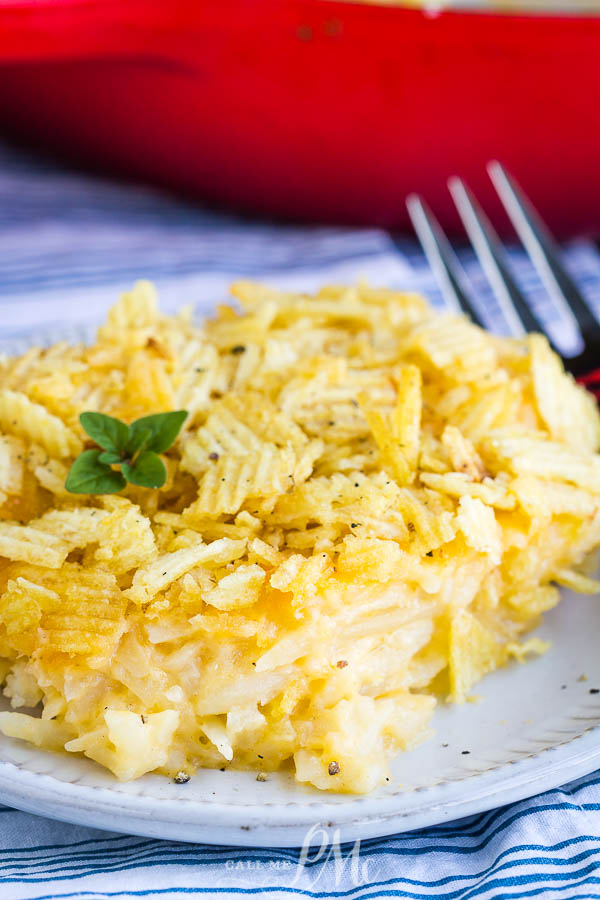 WHY ARE THEY CALLED FUNERAL POTATOES?

It is commonly served as a side dish for traditional after-funeral dinners.

This casserole recipe is the ultimate comfort food. It’s liked by the majority of people, it’s easy to make, it feeds a crowd, and it travels relatively well. All of these factors made them popular at potlucks and, you guessed it, at funerals.

However, you can enjoy this potato casserole any ole time. This recipe one of my favorite side dishes for the holidays. Maybe your family likes mashed potatoes smothered in gravy but do them and yourself a favor and have both! Once you try these, you’ll understand why I say that!

I also like to serve these potatoes at brunch. You can mix the casserole together the night before, refrigerate, and bake it as the biscuits cook. 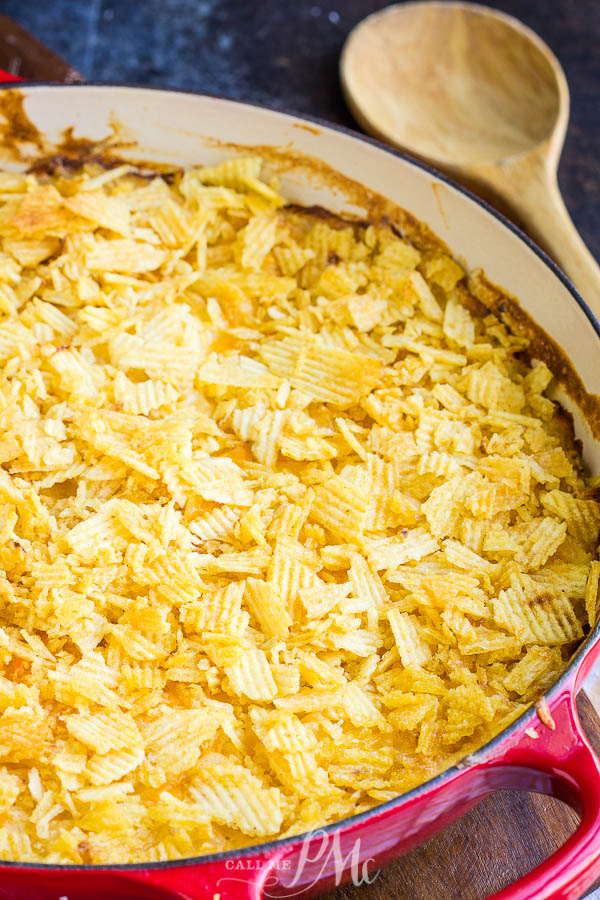 DO I NEED TO THAW THE HASHBROWNS FIRST?

Yes. Always thaw frozen hash browns before you bake (or slow cook) them. Thawing hash browns will guarantee that you have the tastiest dish possible and that they are cooked all the way through. Additionally, when you thaw frozen ingredients before cooking it allows you to remove the excess moisture which can make your casserole soggy!

If you’re in a time-crunch, thaw the hashbrowns in the microwave and drain any excess water off. 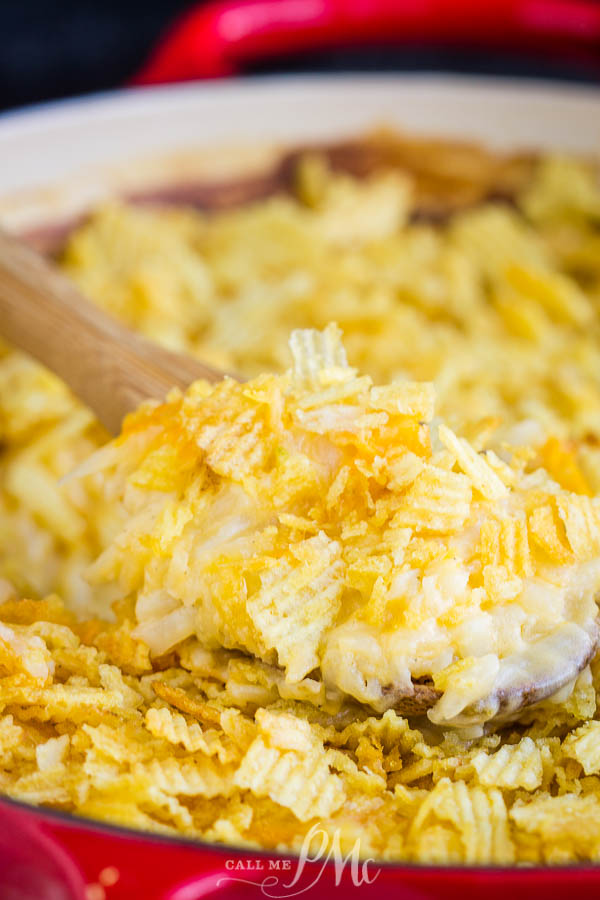 Absolutely! Substituting white sauce for canned cream soup will work in any recipe where ‘cream of’ soup is used. Check out my Baked Corn Casserole. It’s so much better with the white sauce instead of canned soup!

To substitute the white sauce, there’s only one easy step which takes about 5 minutes more time but the flavor is superior in my opinion. 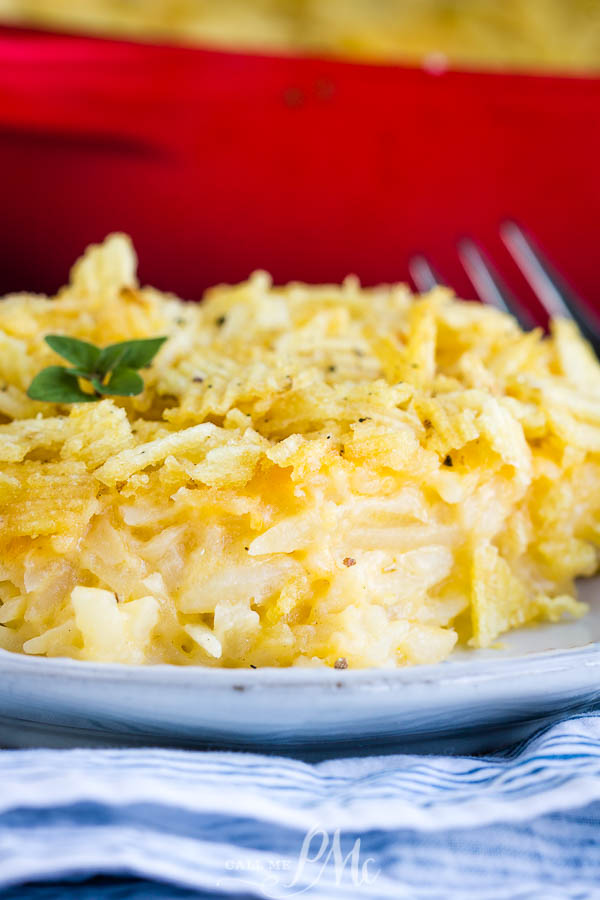 I used crushed wavy potato chips for the topping on my casserole. I found with potato chips you do not need any butter. In my opinion, chips are much better than cornflakes. I recommend crushed butter crackers, like Ritz crackers, and your second option.

For a Ritz cracker topping, use 1 and 1/2 cups crushed Ritz tossed with 1/4 cup melted butter.

I used a pinch of dried thyme and 1/2 teaspoon of fresh, crushed garlic in my potatoes. Of course, you can omit either or both if you prefer.

WHILE YOU’RE HERE, CHECK OUT THESE RECIPES 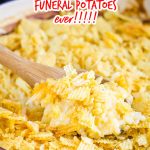 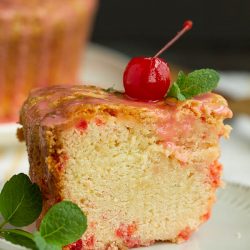 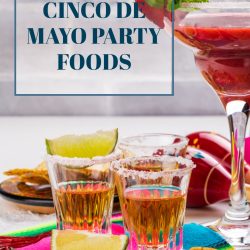 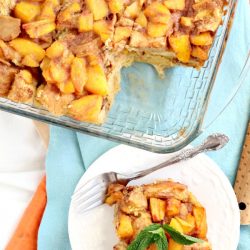 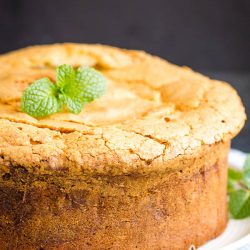 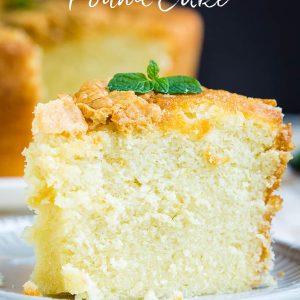