Bacon Cinnamon Rolls are the perfect combination of savory and sweet. A new twist of a comfort food favorite, traditional cinnamon rolls are paired with smokey bacon for a super easy breakfast. 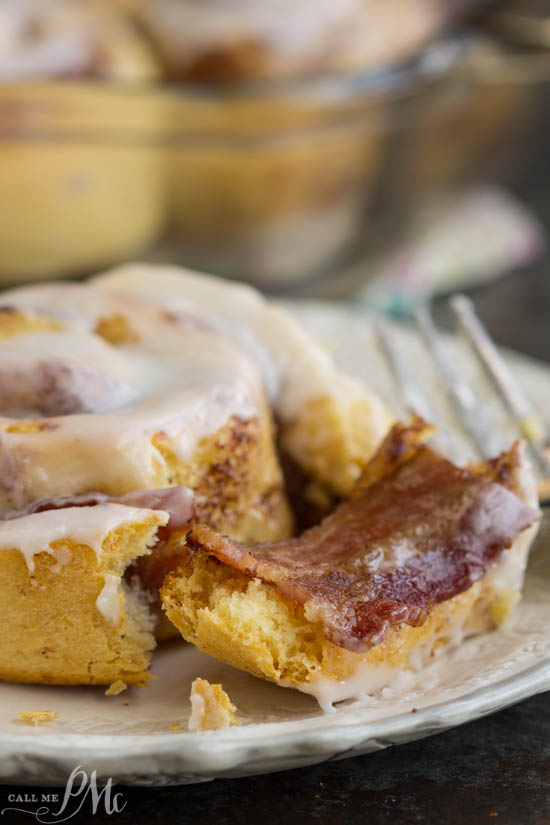 Isn’t that just a beautiful sight?! There is nothing I like more than a hot cinnamon roll with lots of icing… except maybe these biscuits…
and possibly bacon!
If you are a little nervous about using yeast and have not yet mastered the technique, This recipe is a good alternative and tastes amazing. Now, I do love a homemade cinnamon roll, but I do not love the patience it requires waiting for yeast doughs to rise.
Scroll down and watch the video and see just how easy this recipe is to make!! 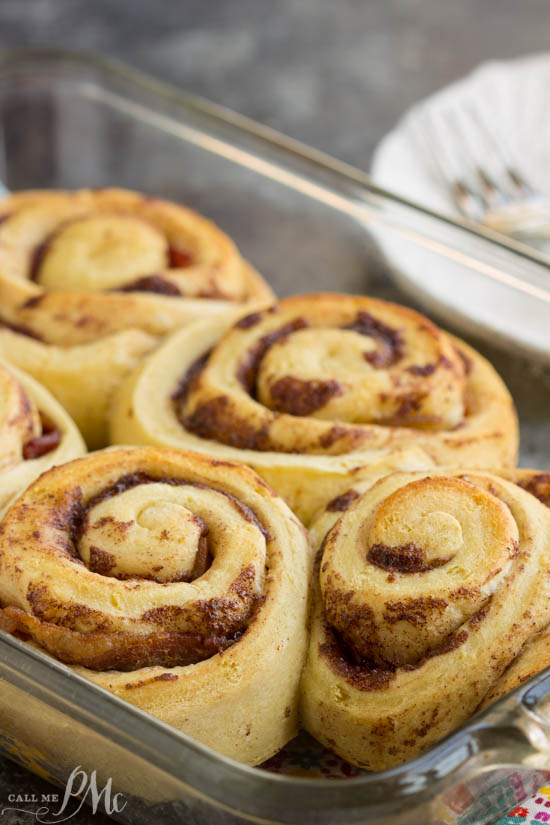 Remember when I made these Bacon Breakfast Rolls with Maple Glaze? Ryder requested them again, but I didn’t have 4 hours to make the cinnamon roll dough. Then, a light came on. For a shortcut version, I used store-bought big cinnamon rolls. Ok, they are not as good as homemade, but on a busy school morning, they work.  Why didn’t I think of this before?!
This is all you need: Grands cinnamon rolls and bacon slices. 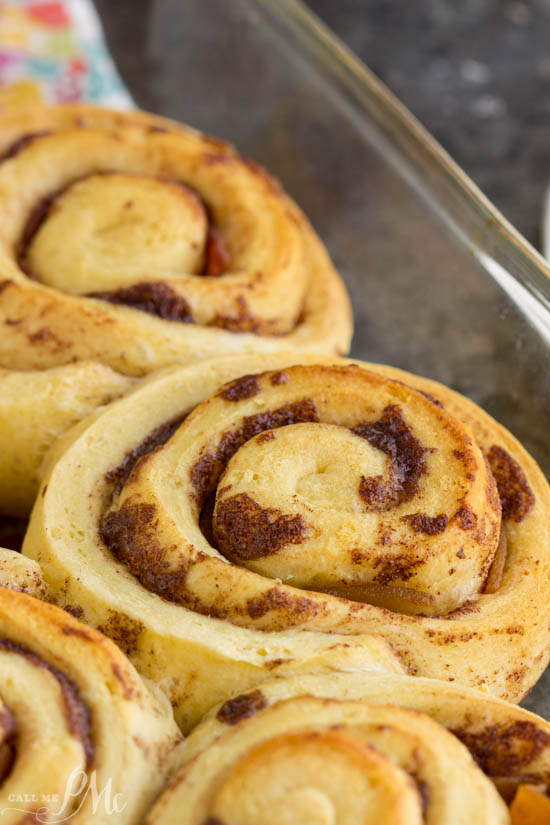 I used the 5-pack of Pillsbury Grands Cinnamon Rolls. While the oven was preheating, I slightly undercooked the bacon so that is was still pliable. Next, I unrolled the cinnamon rolls and re-rolled them with bacon. Finally, I baked the rolls according to the package directions.
My boys enjoyed this breakfast so much, I made another version, M&M Cinnamon Rolls. Both are simple and delicious! 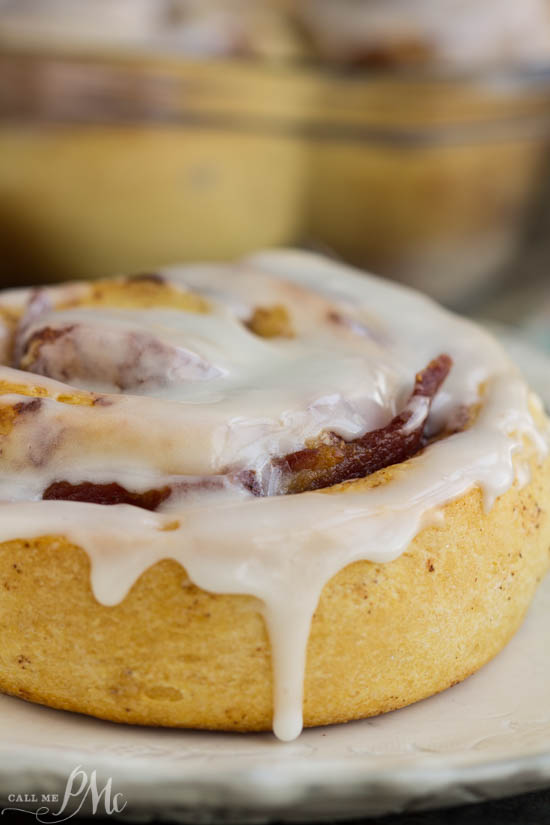 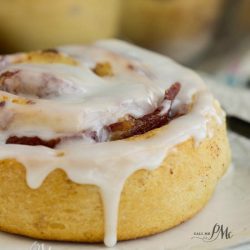 Bacon Cinnamon Rolls are the perfect combination of savory and sweet. A new twist of a comfort food favorite, traditional cinnamon rolls are paired with smokey bacon for a super easy breakfast.
Author: Paula
5 from 17 votes
Print Pin Rate

Calories: 195kcal | Carbohydrates: 1g | Protein: 3g | Fat: 9g | Saturated Fat: 3g | Cholesterol: 15mg | Sodium: 153mg | Potassium: 44mg | Sugar: 1g | Iron: 1mg
Tried this recipe?Please take a moment to comment letting me know how you liked it & consider giving it a 5 star rating. I love hearing from you!
Do you have questions about the saving recipes to your Recipe Box?Visit Recipe Box FAQ! 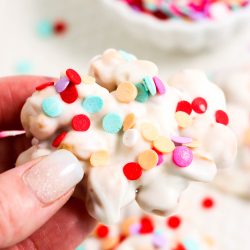 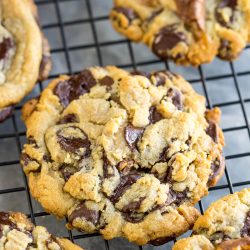 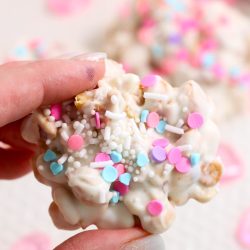 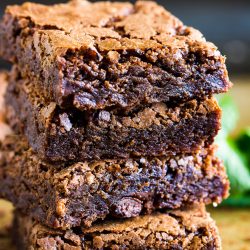 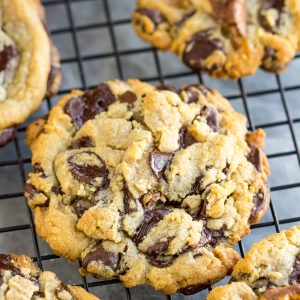 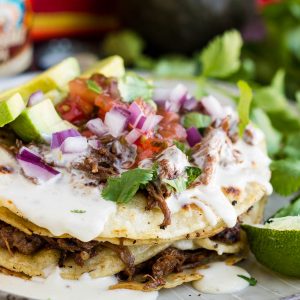 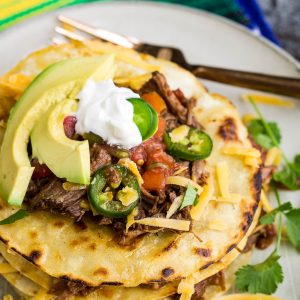 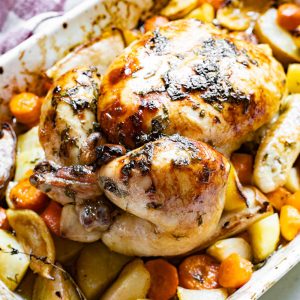 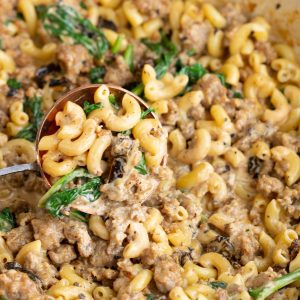 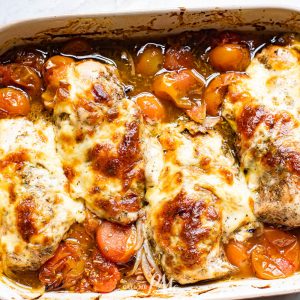