We did a little survey on a recent road trip of our favorite foods. I found it interesting. I certainly don’t like what the Jones boys like! Here is our top 10.
Ryder
bacon (you knew it had to be #1)
popcorn (after school snack every day for 2 years!)
pepperoni (not pepperoni pizza, just pepperoni!!)
cheese pizza (but do not put pepperoni on the pizza – don’t ask me, I’m just the Mother)
rice (Mexican, Oriental, or plain white with butter)
tacos (no lettuce, tomato, or cheese – again, I don’t know)
chocolate gravy and biscuits
waffles (thin ones, not big, fat thick ones that I like)
“Mommie’s” bread (my homemade sourdough bread)
“Roman” noodles (ok, it’s really ramen, but I don’t dare correct him, it’s one of the few things he still says wrong)
Lincoln
filet mignon, grilled medium rare (we should have never introduced filet to a 10 year old!)
grilled chicken
“Mommie’s” bread (what can I say, it’s good)
chicken nuggets
peanut butter (I disagree that this is #5 on the list, it should be #2)
waffles “with butter and syrup” (apparently, we’re a breakfast loving family!)
chocolate chip cookies (actually, it’s the dough that is his favorite!)
chocolate chip muffins
pancakes “with butter and syrup” (I don’t know who would eat a dry pancake, but it’s his list so I didn’t alter)
Cheese bread (made with pizza dough)
Wesley
rib-eye steak (Lincoln tried to argue that filet was better)
fried chicken
hamburger
ribs, smoked (let me just say, Wesley makes the best ribs of any I’ve eaten anywhere!)
chocolate creme brulee’ (With pride, I take full responsibility for this one)
Paula
mac n cheese
cinnamon rolls
fat waffles with real maple syrup & real butter & hot (I usually don’t get it steaming hot because I’m making everybody’s and mine gets cold – that’s the drawback of being the cook)
skillet potatoes (my Granny’s skillet potatoes, who nobody can make as good as she did, recipe below)
buttered pan biscuits  (clearly I’m a carb girl!!)
McCarty Pottery chocolate cobbler (yes, I have tried and tried to duplicate without success!)
I can’t think of anything else that just makes me turn cartwheels.
Skillet Potatoes

I updated the picture on these potatoes in October 2013.
See the original picture below from September 2012.
Wow, how my photography skills have improved! 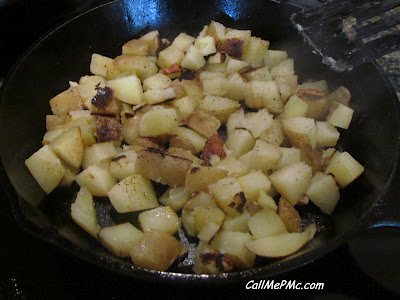 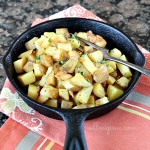 Skillet Potatoes and Our Favorite Foods

©CallMePMc.com All images & content are copyright protected. Please do not use my images without prior permission. If you want to republish this recipe, please re-write the recipe in your own words, or link back to this post for the recipe.
Prep Time10 mins
Cook Time45 mins
Total Time55 mins
Author: Paula Jones

©CallMePMc.com All images & content are copyright protected. Please do not use my images without prior permission. If you want to republish this recipe, please re-write the recipe in your own words, or link back to this post for the recipe.
Why soak potatoes in water? check here for answer! 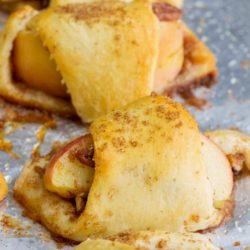 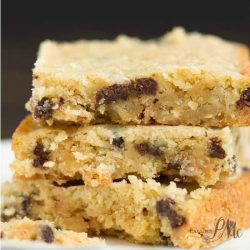 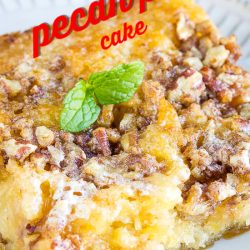 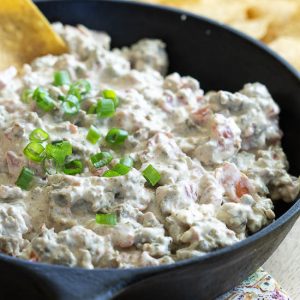